Laika tells the true story of the first ever animal to orbit the Earth. A stray mutt launched in Sputnik II serves as our protagonist as she whizzes through the Milky Way Galaxy and communicates with Sirius, the canine constellation of lore. This story of exploration and adventure by Massachusetts author, Cat Dossett fuses puppetry, animation, music, and multi-media effects to weave an informative story that will delight children and engage adult audiences equally.

Laika is a 30 minute puppet show which can be paired with a 15 minute Q&A session about the history of the space race, puppetry, animation, the ethics of animal testing, and more. The entire show can fit in any venue, as it is performed inside of a gutted-out television. All that is required in a space is access to an outlet! The show is family-friendly and young-audience oriented, however, the subject matter abstractly deals with the concept of death. Parents are encouraged to consider the true story of Sputnik II's launch when deciding whether this performance piece is right for their children.
​
Contact me for more information about bringing Laika to your space!

Originally commissioned and made possible by the Charles River Museum of Industry and Innovation. 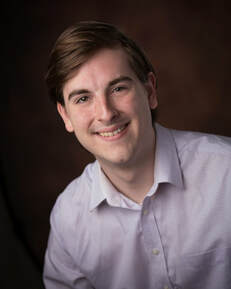 Andrew Child (Puppeteer) is a director, designer, choreographer, and actor based on Massachusetts' south shore who has an affinity for clowns, puppets, Shakespeare, new works, multi-media creations, and community engagement. Andrew has had the privilege of working in various capacities with several Boston theatre groups and educational institutions including The American Repertory Theatre, Actors' Shakespeare Project, Villa la Pietra (Florence), New England Conservatory, Moonbox Productions, Liars & Believers (in association with The Oberon), Priscilla Beach Theater, Bay Colony Shakespeare Company, Massasoit Community College, and The Family Performing Arts Center. Andrew's puppets have been featured in productions of Clorilli, Roald Dahl's The Witches, Alice in Wonderland, Woyczeck, Peter & Wendy, The Little Mermaid, and A Little Princess. ​He has been honored to be nominated for four Broadway World Boston Awards for Best Direction  (The Witches, A Little Princess, The Taming of the Shrew, Romeo & Juliet), and an EMACT/ DASH Award (Best Sound Design; The Witches), along with having his work nominated for performance at the Edinburgh Fringe Festival. He actively seeks ways to engage with new audiences. 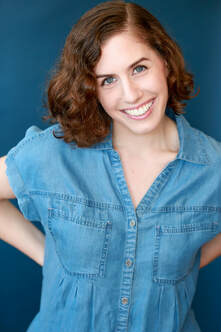 Sara Kenney (Voice Actor) is a Boston-based performer, theatre practitioner, and props master invested in new work, classical performance, and comedic and visual storytelling for all ages. A passionate advocate for women’s extended participation and presence in performance spaces, she compiled and performed in her piece, Most Excellent and Lamentably P.C. but Incompleat Tragedy of Shakespeare’s Womyn (without a Single Reference to Lady Macbeth), or What You Will, a two-woman production exploring the roles of women and gender power in Shakespeare across eight plays, in ten scenes, and all in a single hour. She has additionally worked in various theatrical capacities and venues across the East Coast, including The Lyric Stage Company, The Family Performing Arts Center at Bridgewater State University, Barrington Stage Company, Brandeis University, ImprovBoston, New York Classical Theatre in New York City. Recent performance credits include: The Sketchy Ha-Ha Holiday Show (ImprovBoston), Requiem (Fort Point Theatre Channel), Macbeth (Oval House Theatre, London), Fefu and Her Friends, The Spaces Between Us, Peter and Wendy, Taking Ages, The Merchant of Venice, and A Midsummer Night’s Dream (Brandeis University). She is a recent graduate of both Brandeis University (B.A. Theater Arts) and The British American Drama Academy in London. 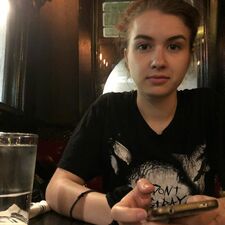 Cat Dossett (Author/ Original Character Designer) is a Boston-based illustrator and poet whose work has been published in New England Review of Books, Hawk & Whippoorwill, BURN, and Clarion. In addition to her graphic novella Laika, she has released a chapbook with local small press Pen & Anvil, a series of comics entitled Vessel that reflects on movies, music, and a breakup. She runs a platform called Kettle & Wolf that features poetry, art, and photography. Check out Kettle & Wolf here.