A Little Princess
​or What Happened at Miss Minchin's 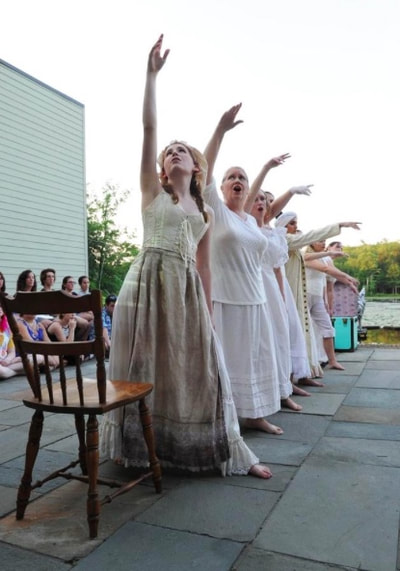 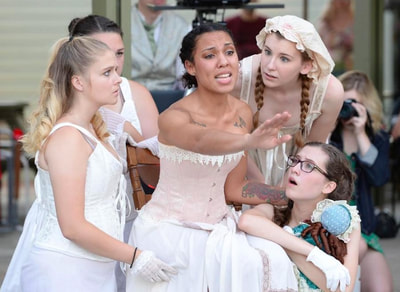 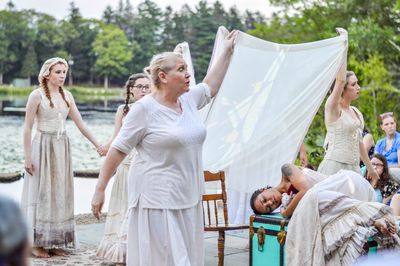 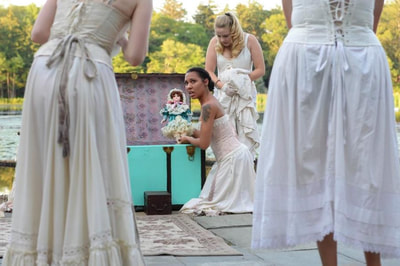 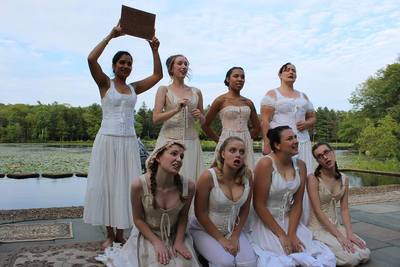 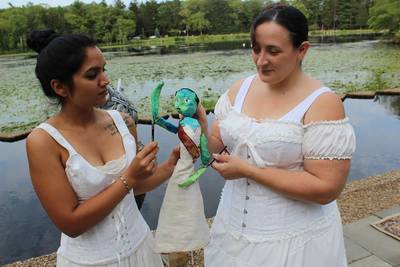 Check out the visual inspiration behind A Little Princess here.

Thoughts on directing A Little Princess...

A Little Princess is a fairytale that Frances Hodgson Burnett wrote as a serial novel, then as a play, then as an extended children's book. This production wove text together from all three of her iterations of the story. Just as in her famous work, The Secret Garden, we meet a little British girl from colonial India, a country Ms. Burnett never visited and knew very little about. The idea of India in her stories is one that relies on centuries of Orientalism, mysticism of the East, and internalized xenophobia. However, I chose to produce, adapt, and direct this piece as a rare turn-of-the-century play written by a woman with a wonderful cast of female characters.
​    In joining with the Fuller Craft Museum, I was intrigued by the connections between passively observing art and the passive observations of Indian culture Ms. Burnett was susceptible to as a product of her colonial English society. I wanted to explode these connections open in a way that examined viewership, passive and impassive, secretive and open, admiring and questioning. We re-imagined the idyllic courtyard space in the museum as an Edwardian woman's boudoir, and populated the world with women in various versions of undergarments. Our modern notions of privacy were finally being established in Edwardian English society. The audience was welcomed to wander the museum and then enter the lady's dressing room to act as observers of the story.
Gustav Holst, a contemporary of Burnett's, had a fascination with India and, specifically with Hinduism and its sacred texts. His Choral Hymns to the Rig Veda feature his own English translations of ancient Sanskrit with an entire movement orchestrated for treble choir and harp. These four pieces lent themselves to the narrative of Sara Crewe as they dealt with the Hindu beliefs of death, rebirth, and growth. Because of the importance of storytelling within the narrative of the play, the visual worlds of illustrators Kay Nielsen and Edmund Duloc served as aesthetic inspirations, and the popular English fascination with the magic lantern show informed the projection design.