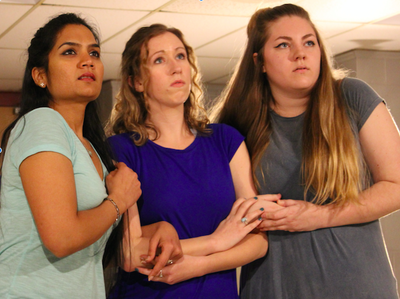 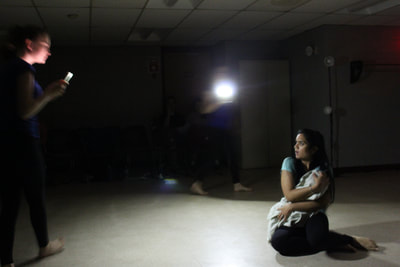 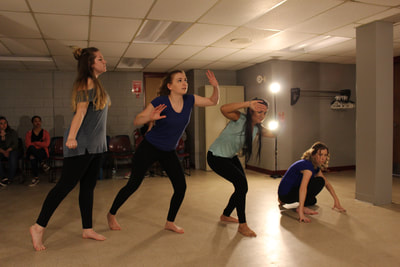 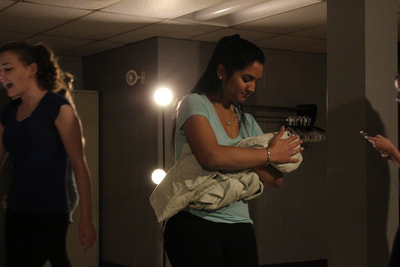 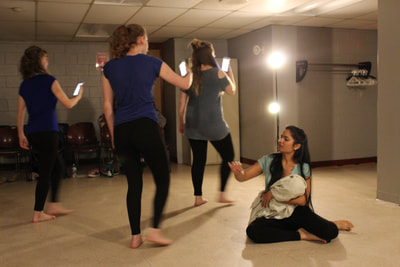 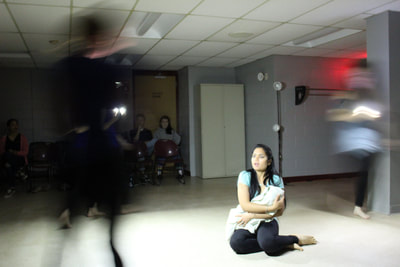 Generally, when I am tasked with directing a production, after several readings of the script, I begin with research. I look deeper into the script, the playwright, historical context, previous productions, literary critiques, reviews, etc. I don’t always write much down, but I retain a good amount of juicy tidbits from this harvest which reshape how the play works in my mind. Additionally, I usually compile a Pinterest board and a playlist which I will share with collaborators, producers, and designers to contextualize the world the text inhabits in my mind. In preliminary meetings, we wittle down the images to what we will use— I like the color scheme here, her hemline is stunning, look at the way the limbs are all intermingled… and the playlist goes through a similar refinement— this piece could underscore his death, the dancers could reenter here.

I am taking similar first steps in order to lead the devising of ‘Darwin’s Ark: An Exploration of Survival of the Fittest’, but the intentions of the work are totally shifted. I am excited to present the images I’ve culled and the songs I have thought of with the actors I will get to create this piece with, and I am even more excited to see images, hear songs, and listen to thoughts that they have in response. In addition to my Pinterest board and playlist, I’ve begun collecting passages from Darwin’s writings, the Bible, and CNN news notifications. I am envisioning that this piece will involve a lot of dance and movement. I don’t know if anyone speaks in it even. But also, it might involve a lot of speaking, or asking the audience to read passages aloud with us, or praying with us… who knows.

Right now, I am living in bliss preparing for ‘Darwin’s Ark’ as I refine and rethink about the other pieces I have coming up, I love that I don’t have to let go of any ideas yet for Darwin. I can bring everything I have— unpolished, unfinished, unsure, and undefined, and we will create something from there. I hope that the actors who come to auditions will come armed with an equal amount of unpolished, unrefined, and unfinished ideas.