Leonard Bernstein Festival of the Creative Arts
Based on the Story by J.M. Barrie
Adapted + Directed + Designed by Andrew Child
​Sign Language Translation by Haia Bchiri 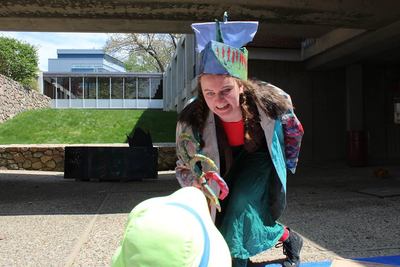 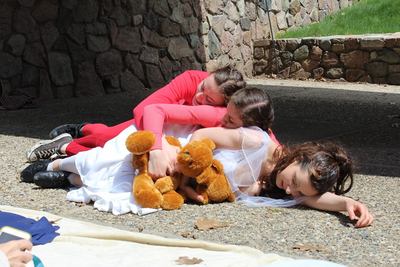 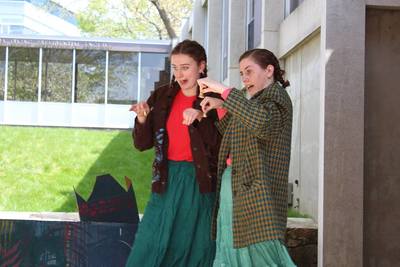 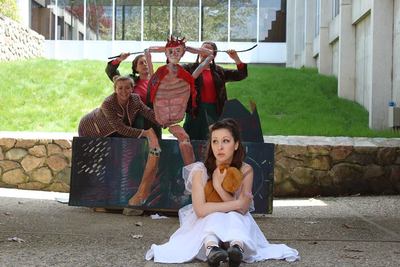 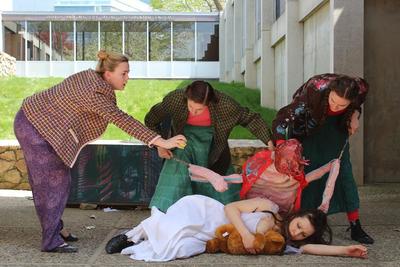 J.M. Barrie wrote a book with such specific and captivating imagistic language that, if I directed this piece once every year until I died, I would never be able to capture every panorama that crosses my mind when I read this text. I would love to be tasked with directing a new iteration of Peter & Wendy every year before I died as I would never grow tired of this piece. In, what I hope to be, my first of many passes at retelling this story, we eliminated any English language necessary to convey the story. The four actors spoke in a bastardized, gibberish version of Old Gaelic that allowed an international audience to experience this piece in a universal and communal way.
By portraying Peter Pan himself with a puppet, we were able to re-center Wendy as an autonomous protagonist within her own story. Because the Lost Boys are children who are sent to Neverland, a land of dreams and psychological respite, our interpretation of the Native Neverlandians were as adults whose psyches and reputations tell us they may have been exiled to our world from this dreamy universe for a short time. As opposed to their usual utterance of broken English, they communicated with each other through snippets of texts by Shakespeare, Sappho, Langston Hughes, and e.e. cummings.