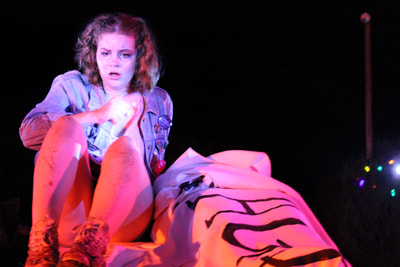 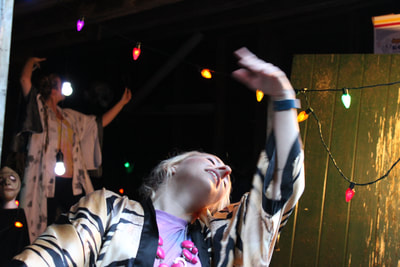 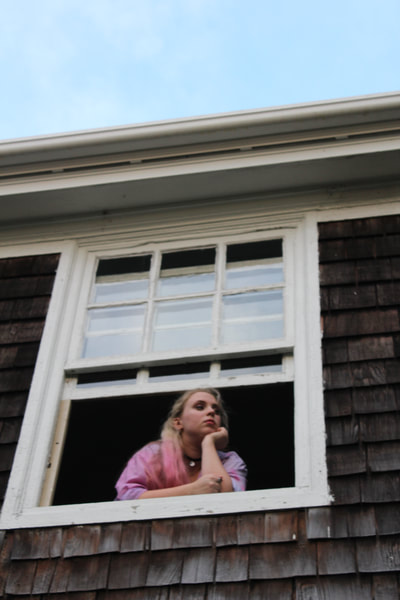 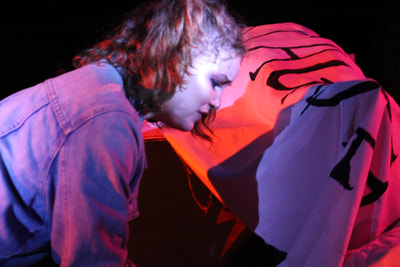 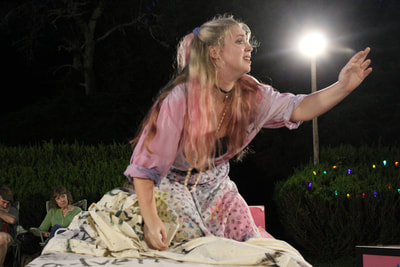 Check out the visual inspiration for Romeo & Juliet here.

There were two jumping-off points that primarily drove and informed this production.
The first was a first-hand account of the play by one of Shakespeare's contemporaries, explaining how this was a comedy because two fools who defiled the sanctity of marriage were taught a lesson. Their lesson, taught by their deaths, was a reason to rejoice. Immediately, I drew parallels to the conservative thoughts about the AIDs epidemic in the 80s and 90s. Romeo and Juliet is a play about violence, young love, rivalry, and revenge, but at its climax, it is revealed to us that it takes place in a universe riddled with (and terrified of) disease. Romeo and Juliet were both played by women and both characters were referred to with she/her pronouns.
The second point was a realization I had when reading the first scene: These characters are celebrities. Celebrities in the fact that we are all culturally aware of the fact that these two lovers die before we have even read this play, but further, within the Verona in the text, the passersby groan when they see Capulets and Montagues approach each other. Time and again, we hear of specific characters' reputations from characters who have no established relationships with them. This in mind, Tybalt and Mercutio are less like the street dwellers they are often portrayed as in modern productions of the play, and more like feuding superstars.
The queerness of the production as well as the focus on celebrity lead this to be a production underscored by The Rolling Stones, David Bowie, The Kinks, Sinead O'Connor, and The Doors. Another integral part of the piece were the immersive elements of the narrative, taking the audience on a walk around the grounds of the historical estate for different parts of the show.