The School for Lies

Clark University
by David Ives
Directed + Choreographed by Andrew Child
Nearly set to perform in Clark's experimental theatre space in April 2020, this production was postponed and mounted on Zoom in February 2021. 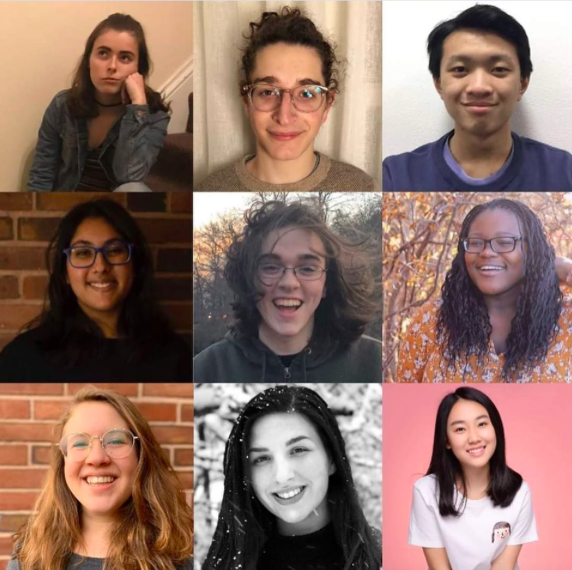 Thoughts on directing The School for Lies...

David Ives' irreverent, parodying sequel to The Misanthrope is a very exciting text written entirely in contemporary, rhymed couplets. The way the piece challenges the confines of society seemed to be screaming for us to play with gender roles in meaningful, radical ways. I was thrilled to have multiple queer and non-binary students involved in this production--- in many different roles and aspects, and I enjoyed playing liberally with casting in terms of gender. The way The Misanthrope ridicules the society of 1666 (and the court culture of 1666 itself) seems to directly feed into our own contemporary sense of camp and drag. In visual research for this show and in rehearsals I was able to reference and lead discussions on gender performance from Gladys Bentley to Dame Edna to Dorian Electra to Monty Python's Flying Circus. (I stand by the claim that I am the first director in an academic institution to include links to @AdamRayOkay's tiktok page in the cast's dramaturgy packet, and no one has challenged me yet...)
This was an exciting challenge for me because it was one of my first times helming a team of all student designers with a few interpolated faculty advisers. I was really excited by the work the students were generating, which began incredibly literal and based on a cursory pass at the text, but through discussions expanded into statements of aesthetic analysis.
When the script was reimagined to be read over Zoom, riffing on the etiquette dictated by Tiktok and Vine aficionados reigned supreme in our approach, changing characters by balancing a towel on one's head, reaching out of frame, etc. Ives' entirely rhymed text lent itself well to the platform as it naturally kept actors speaking at a lively pace despite the delayed playback on the digital platform.
Check out visual inspiration for The School for Lies here.