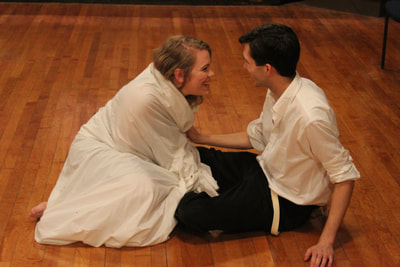 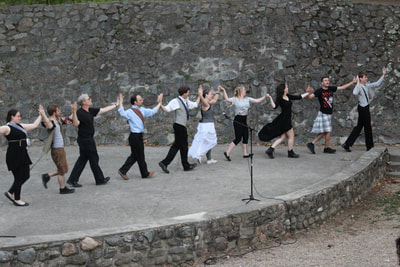 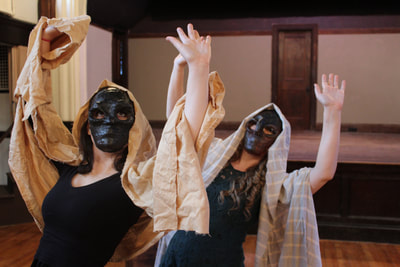 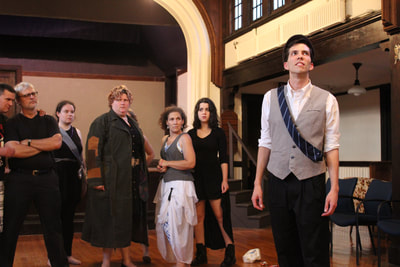 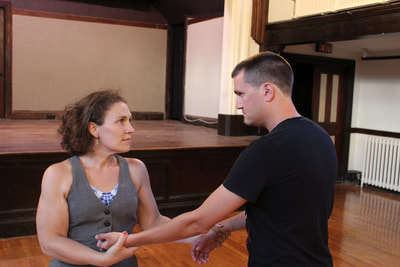 "I know not with what weapons World War III will be fought, but World War IV will be fought with sticks and stones.” -Albert Einstein
In writing Troilus and Cressida, Shakespeare serves us a prepackaged story about love gone awry after wedging it amidst the iconography of the Trojan War, a legend fecund with messages of the inhumanities of war. The play itself is laced with cynicism and foreboding morals about the follies of both love and war. Looking at  the missteps of love and war and two discrepant stories, the challenge emerges as we attempt to conceptualize a production that not only links, but transmogrifies the plots, intertwining the messages in a way that affects us while maintaining the innate duality of the piece.
Overarching the separate storylines, there is a thread of strife for honor— a desire to be honored by others and a need to do what we, as a society, deem honorable. Honor is an interesting concept as it cannot exist within a vacuum, it requires an audience. The idea  that anything can be honorable in either love or war is distressing because it seems that, in acknowledging the need for honor, the characters in Troilus and Cressida acknowledge either the fact that they are characters in a play, or that they are somehow aware of their own historical significance.
In order to allow our audience to truly rest as an outside force looking down upon the  plot as though through a pane of glass, we have allowed the text to populate a world outside of our own. A world which, although unreal, could become a reality someday. Set in a world that is neither past nor future we see people who are dictated by a culture we do not recognize make the mistakes that we ourselves make everyday. We hope that by creating a world outside of our own that is influenced by our world, just as Shakespeare did, we can allow our audience to freely, actively criticize and comment on the pitfalls of love and war, just as Shakespeare did.